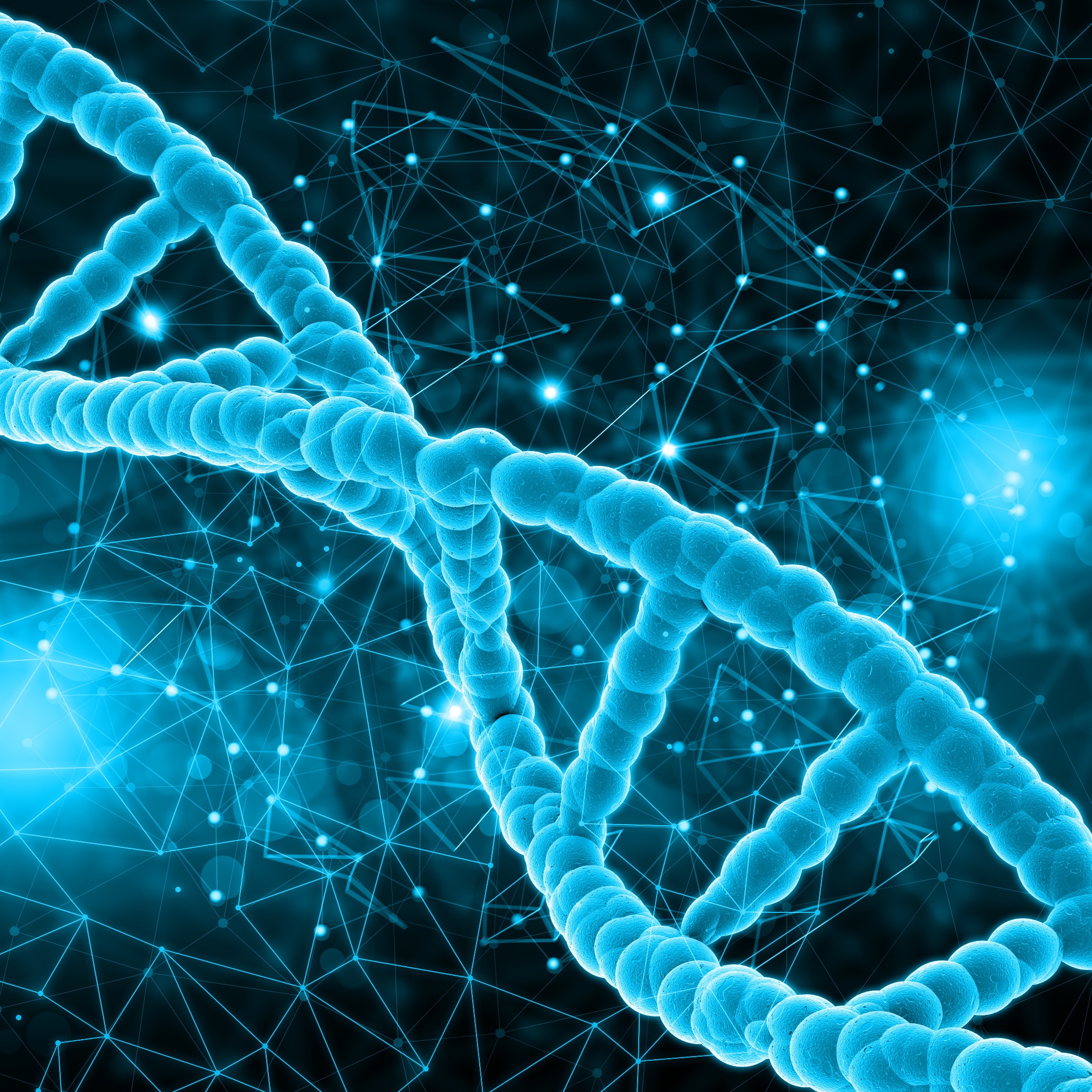 DNA or deoxyribonucleic acid is a long molecule that contains our unique genetic code. Like a recipe book it holds the instructions for making all the proteins in our bodies.

– Your genome? is made of a chemical called deoxyribonucleic acid, or DNA for short.
– DNA contains four basic building blocks or ‘bases?’: adenine? (A), cytosine? (C), guanine? (G) and thymine? (T).
– The order, or sequence, of these bases form the instructions in the genome.
– DNA is a two-stranded molecule.
– DNA has a unique ‘double helix’ shape, like a twisted ladder.
– Each strand is composed of long sequences of the four bases, A, C, G and T.
– The bases on one strand of the DNA molecule pair together with complementary? bases on the opposite strand of DNA to form the ‘rungs’ of the DNA ‘ladder’.
– The bases always pair together in the same way, A with T, C with G.
– Each base pair is joined together by hydrogen bonds?.
– Each strand of DNA has a beginning and an end, called 5’ (five prime) and 3’ (three prime) respectively.
– The two strands run in the opposite direction (antiparallel) to each other so that one runs 5’ to 3’ and one runs 3’ to 5’, they are called the sense strand and the antisense strand, respectively.
– The strands are separated during DNA replication?.
– This double helix structure was first discovered by Francis Crick and James Watson with the help of Rosalind Franklin and Maurice Wilkins.
– The human genome is made of 3.2 billion bases of DNA but other organisms have different genome sizes.